HOW TO MAKE A SPIRITUAL COMMUNION

Note: Making a “spiritual communion” is understood in the Tradition to be “extraordinary,” which just means out of the ordinary, and is not a replacement for going to Church when one is able to be there. These prayers are intended to direct our hearts toward the Liturgy of the Church even when not physically present. Geographical distance does not separate us from Christ and His Church. In this way, we receive the grace of the Eucharist, of which we can still vicariously partake when we earnestly will to be present, but are prevented. For our use, we recommend that a person watch the service online and say the following prayers when Communion is being administered. Making a Spiritual Communion (from the Traditional St. Augustine’s Prayer Book, pp 122-123).

In the +Name of the Father, and of the Son, and of the Holy Ghost. Amen. Lord, I cannot seek thee On Thine altar throne, Yet I may receive thee, Weary and alone; When, before thine altar, Crowds adoring kneel, There in very essence, Thou dost come to heal. Far from Priest and Altar, Christ, to thee I cry, Come to me in spirit, Let me feel thee nigh, In my silent worship, Let me share the feast, Be thy love the altar, Be thyself the Priest. Amen.

O Most blessed Saviour, in union with the faithful at every altar of thy Church where thy blessed Body and Blood are being offered to the Father, I desire to offer thee praise and thanksgiving, I present to thee my soul and body with the earnest wish that I may always be united to thee. And since I cannot now receive thee sacramentally, I beseech thee to come spiritually into my heart; I unite myself to thee and embrace thee with all the affections of my soul. Amen.

With the continued “Personal Isolation” we would like to keep us together. In doing that we are learning to embrace our online presence.

We are creating digital photo albums and pdf photo albums for your viewing pleasure of recent photos and old photos.  Those can be found via link to our Facebook page. (https://www.facebook.com/Anglican-Church-of-Atonement-105385064434924/videos/?ref=page_internal)  A link is also on our website on the photo album page. Just click the button. If you aren’t a Facebook user, contact us and we will walk you through other ways to view those photos.

We are also uploading the weekly services as the videos are created. Unfortunately, we were unable to get internet service into the church so recording the service in this method is working best. But remember we are learning, so bear with our occasional glitch or faux-pas.

With the Grace of God we will be back to our community services soon. And in the meantime we will continue to be the light of Christ and shine brightly in Fountain Hills.

During this time of self-quarantine and personal distancing keep our dear Lord God present. Take time to say the Morning Prayer office found in the Book of Common Prayer (page 587).

Be strong, be safe and remember God Loves and so do we here at Atonement. 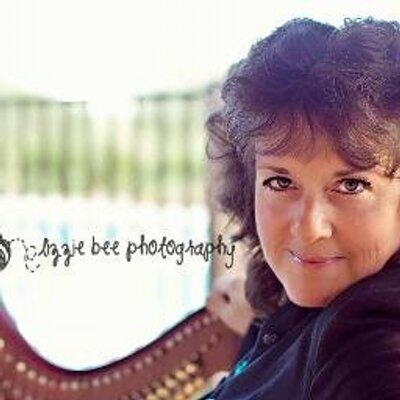 Please join us to celebrate the birth of Jesus Christ.

Come to find that must have object

Beautiful art by Artist to include Sylvia
Schwartz, Grace D’Esopo, Robert Scott,
Lisa Harrison and so many more.
Fina Art and Commercial Art.

Join us for wine and cheese. Find the
artwork you have been looking for.

It is that time again. Pancakes, Pancakes, and good company. Join us March 5th, at 5 pm Atonement Anglican Church for our annual Shrove Tuesday Pancake Supper. All are welcome. This is a celebration, so come celebrate with us.

Shrove Tuesday is always the day before Ash Wednesday, which is the start of the Lenten Season. This was the day that people went to confession. The word Shrove or Shrive means absolution for sins by doing penance. For many we give up something for Lent, be it fatty foods, treats, pleasures – so consider Shrove Tuesday a reminder of the great sacrifice Christ made for us.

Historically, people would clean out their pantries and cupboards all those fatty and decadent foods in preparation for Lent so they would throw a party. In some other places, Shrove Tuesday is also called Mardi Gras, meaning Fat Tuesday. We recognize the celebrations and carnivals called Mardi Gras.

The Anglican Church of Atonement celebrates the Stations of the Cross every Friday evening through Lent, beginning Friday, March 8th. The service begins at 6:00 pm with a phenomenal soup supper following the service.  We will feed your soul and then your body. Join us – all are welcome.

Stations of the Cross “Via Dolorosa” (Sorrowful Way)
________________________________________
One of the very important devotions in our parish every Lent is the Stations of the Cross. We very blessed to have our beautiful stations that were designed and made by Gordon Hanson and donated by him and his wife Mary.
Since Lent is a penitential season of preparation for Easter, the Stations of the Cross, which follow the path of Christ from Pontius Pilate’s praetorium to Christ’s tomb have been a popular devotion in parishes. In the 16th century, this pathway was officially entitled the “Via Dolorosa” (Sorrowful Way) or simply Way of the Cross or Stations of the Cross.
This devotion has evolved over time. Tradition holds that our Blessed Mother visited daily the scenes of our Lord’s passion. After Constantine legalized Christianity in the year 312, this pathway was marked with its important stations. St. Jerome (342-420), living in Bethlehem during the later part of his life, attested to the crowds of pilgrims from various countries who visited those Holy places and followed the Way of the Cross.
Actually, the devotion continued to grow in popularity. In the fifth century, an interest developed in the Church to “reproduce” the holy places in other areas so pilgrims who could not actually travel to the Holy Land could do so in a devotional, spiritual way in their hearts. For instance, St. Petronius, Bishop of Bologna, constructed a group of chapels at the monastery of San Stefano, which depicted the more important shrines of the Holy Land, including several of the stations. (The same notion inspired the building of the Franciscan Monastery in Washington, where one can visit and see reproductions of the Bethlehem Chapel, the tomb of our Lord, and other important shrines of the Holy Land.)
In 1342, the Franciscans were appointed as guardians of the shrines of the Holy Land. The faithful received indulgences for praying at the following stations: At Pilate’s house, where Christ met His mother, where He spoke to the women, where He met Simon of Cyrene, where the soldiers stripped Him of His garments, where He was nailed to the cross, and at His tomb.
William Wey, an English pilgrim, visited the Holy Land in 1462, and is credited with the term “stations.” He described the manner in which a pilgrim followed the steps of Christ. Prior to this time, the path usually followed the reverse course of ours today—moving from Mount Calvary to Pilate’s house. At this time, the reverse—going from Pilate’s house to Calvary—seems to have taken hold.

At the end of the 17th century, the erection of stations in churches became more popular. In 1686, Pope Innocent XI, realizing that few people could travel to the Holy Land due to the Moslem oppression, granted the right to erect stations in all of their churches
To date, there are 14 traditional stations: Pilate condemns Christ to death; Jesus carries the cross; the first fall; Jesus meets His Blessed Mother; Simon of Cyrene helps to carry the cross; Veronica wipes the face of Jesus; the second fall; Jesus speaks to the women of Jerusalem; the third fall; Jesus is stripped of His garments; Jesus is nailed to the cross; Jesus dies on the cross; Jesus is taken down from the cross; and Jesus is laid in the tomb.

This article is adapted from an article in the March 10, 1994 issue of Arlington Catholic Herald by Fr. William Saunders president of the Notre Dame Institute and associate pastor of Queen of Apostles Parish, both in Alexandria, VA.

Our church music director, Jessica Drella, will play the piano through the service. Don’t miss this beautiful service.

During a storm this past year our cross from the top of the roof fell over and had to be removed from the roof. Roof repairs were made and the very heavy metal cross was leaned up against the church building by the entrance.

In October the cross was stolen. It breaks the heart to think someone would steal something as symbolic as a church cross let alone right off the church property, but bad things happen.

Through the support of our roofer, Drew Schmitt, social media was used to spread the word and AZ Channel 3 Phoenix, Carissa Planalp  ( Video News Report ) a kind and generous samaritan came forward and offered to make our church a new cross. Randy Frassetto (a Surprise Fire Fighter) used pictures of the old cross and made a new metal cross in the same design.

We can’t express our gratitude enough for the generous gift made by Randy and the Surprise Firefighter Charities.

The new cross will be blessed in a celebration service Saturday, October 15th at 10 a.m. with the reinstallation of the cross to take place at this time. Come  – be a part of the celebration.

Anglican Church of the Atonement
Website Powered by WordPress.com.